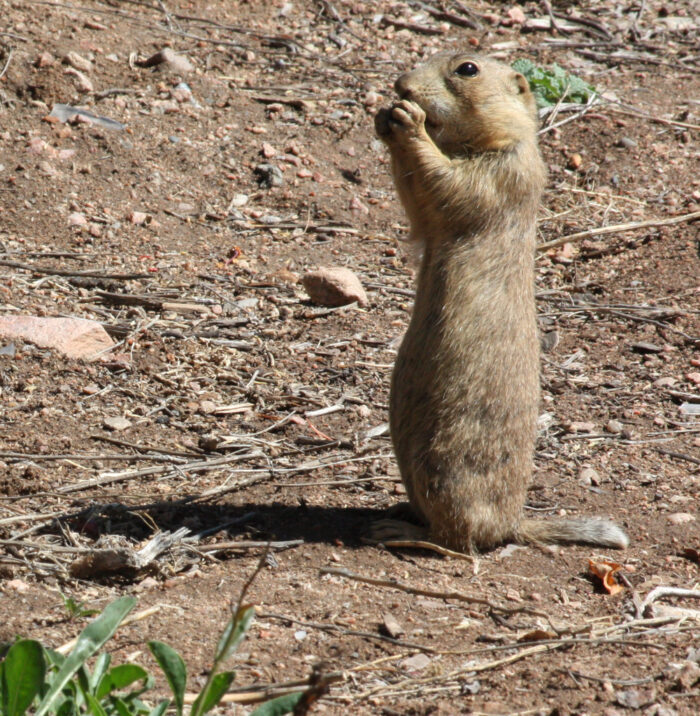 Asked about the usefulness of AR-15s, Senator John Thune (R-SD) told CNN: “They are a sporting rifle. It’s something that a lot of people [use] for purposes of going out target shooting — in my state, they use them to shoot prairie dogs and, you know, other types of varmints.”

As the National Shooting Sports Foundation (NSSF), the trade association for civilian arms manufacturers, points out, the AR-15 was designed as a hunting rifle using “varmint rounds.” Though adapted for military use as the M-16 military assault rifle, AR-15-style semiautomatic rifles are not military weapons. The NSSF designates AR-15-style rifles as modern sporting rifles, manufactured for use by wildlife-killing “sportsmen.”

Along with the National Rifle Association (NRA), the NSSF pushes its political agenda through the bipartisan Congressional Sportsmen’s Caucus (CSC) and similar caucuses at the state legislative level. One of the many examples of how unrepresentative congress is, the CSC claims the support of nearly half of Members of Congress. The U.S. Census Bureau estimates that hunters comprise only 4% of the U.S. population, though this may be a slight undercount, as most states do not require a hunting license to shoot unprotected species such as prairie dogs.

A top priority of CSC is the Recovering America’s Wildlife Act (RAWA), which would increase funding for state game departments. The House of Representatives just passed RAWA, sending it on to the Senate, which is now considering minimal gun regulations in the aftermath of the Buffalo and Uvalde mass shootings. Senators negotiating the gun rules include the Democratic Chair and Vice Chair of the CSC, Martin Heinrich of New Mexico and Joe Manchin of West Virginia.

A caucus formed to promote hunting is not about to challenge the Uvalde gun culture. Uvalde has long been an attraction for hunters. Hunting ranches surround the city, attracting celebrities like Ted Nugent hunt around town.

The NSSF promotes its agenda as protecting Second Amendment rights. According to the NSSF mission statement: “The voice of the firearms industry is the National Shooting Sports Foundation, with a record number of more than 8,000 members ranging from the largest manufacturers to the smallest family-owned gun store. At NSSF we are proud of our mission to promote, protect and preserve hunting and the shooting sports. The lawful commerce in firearms allows for the exercise of the Second Amendment.”

The NRA also connects hunting to the Second Amendment. At their convention held in Texas following the Uvalde shooting, the NRA invited large donors to an event with “Second Amendment leaders, industry executives and special guests” featuring an auction of big-game hunting excursions.

At the recent March for Our Lives rally, a speaker noted that victims of the Buffalo mass shooting were “shot down like animals” by a white supremacist. This was the original intent of the Second Amendment, not protection of individual gun ownership, as the NRA and NSSF falsely claim. The founding slaveholders added the Second Amendment to the U.S. Constitution to allow ironically described “free states” to form militias to suppress slave rebellions.

President Biden and his Interior Secretary Deb Haaland are now proposing to expand hunting in national wildlife refuges. The administration is presenting this proposal as part of the Hunt-Fish .30-30 plan, the Boone & Crockett Club’s proposal to open 30% of land in the USA to hunting.

Haaland tries to present sport hunting on public lands as a continuation of indigenous subsistence hunting. She told Outside Magazine: “We’ve been hunting on public lands for centuries. My dad and grandparents and brother, they all hunt. I myself was fortunate to harvest an oryx from the White Sands Missile Range, which fed my family for about a year. I respect the sportsmen and the anglers.” Oryx, native to Africa and the Middle East, were not found in New Mexico until the 1960s, when the state department of game and fish introduced them to provide entertainment for sport hunters.

Rather than killing more wildlife, environmentalists around the world are supporting the Half Earth proposal to protect half the planet for nonhuman species. To comment on the Biden Administration’s hunting expansion go to https://www.regulations.gov/document/FWS-HQ-NWRS-2022-0055-0001.